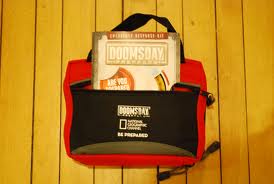 Allow me to take a moment to introduce myself (at least the self that existed prior to November 2010, when I started becoming a "prepper").

I am a successful financial planner, married to a CEO of a mid-size manufacturing company.  We love our dogs, give to charity, and believe in God and Country…in other words, I am just like your friends who can not understand why on earth you spend so much time and effort preparing for TEOTWAWKI or SHTF events.

I had a kind of naïve, blind faith that all Republicans were Good and most Democrats were Stupid.  I had zero room for "conspiracy theories" in my mental picture of the world.  My moral center led me to believe that most people were good and wanted the best for everyone else.  (Oops!)

But then, November 8, 2010  I was doing some research for investments for my clients and read a report from the National Inflation Association dated November 5, 2010 titled NIA Projects Future U.S.Food Price Increases. It scared me to my core.

I told my assistant that I did not want to have any client contact that was not an emergency until I finished some research, and brought my business to a halt for over two months while attempting to get a handle on the real financial situation in our country.

How to Find Rest Areas with RV Dump Stations