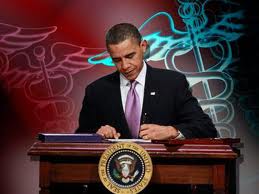 (Reuters) - The top Republican in the Congress on Wednesday denounced President Barack Obama's new rule on contraceptives as an assault on "religious freedom" and vowed to overturn it, as the White House sought to prevent the issue from becoming an election-year liability.

Fanning a political firestorm, House of Representatives Speaker John Boehner joined an outcry from religious leaders and social conservatives over a requirement that health insurance plans, including those at Catholic hospitals, charities and universities, offer birth control to women.

Seeking to ease a controversy that has roiled the 2012 presidential race, White House spokesman Jay Carney appeared to leave the door open to compromise. He said Obama was sensitive to religious beliefs on contraception and hoped to find a way to implement the rule that can "allay some of the concerns."