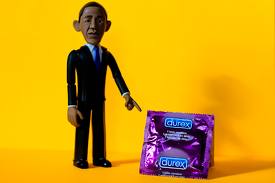 NASHVILLE, TENNESSEE, February 8, 2012, (LifeSiteNews.com) — One of the most influential evangelical leaders in the United States says Christians should go to jail rather than comply with the Obama administration’s mandate to provide all contraception, including abortion-inducing drugs, in their health care plans.

Dr. Richard Land, president of the Southern Baptist Convention’s Ethics & Religious Liberty Commission (ERLC), told LifeSiteNews.com "we will not comply" with the Dept. of Health and Human Services’ mandate requiring religious institutions to cover abortifacient products such as Plan B, Ella, and the IUD.

"We want the law changed, or else we’re going to write our letters from the Nashville jail, just like Dr. King wrote his from the Birmingham jail," Dr. Land said.

Dr. Land wrote an op-ed on Tuesday with Barrett Duke, vice president for public policy and research at ERLC, calling his fellow Southern Baptists and evangelical Christians throughout America to oppose any infringement on the First Amendment.