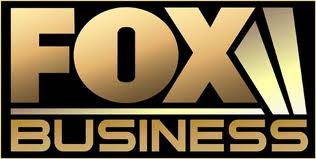 In addition, FBN is developing a new 5PM/ET program hosted by Melissa Francis who joined the network from CNBC earlier this year. The show will debut in the second quarter, at which point The Willis Report will move to 8PM/ET, enabling FBN to be the only business network providing viewers with uninterrupted live coverage of financial news from 5AM/ET to 9PM/ET.

In making the announcement Magee said, "Neil Cavuto, Lou Dobbs and Gerri Willis are the most trusted names in business news and this new lineup affords FOX Business viewers additional access to their no-nonsense take on the day's financial events. We look forward to Judge Napolitano, David and Eric continuing to make significant contributions to both FOX Business and FOX News. In addition to daily branded segments, each of them will be showcased throughout future programming on both networks."

Currently one of the leading judicial analysts on television, Judge Napolitano will continue his role on both FOX Business and FOX News, providing key legal insights surrounding the growing intersection between Washington and Wall Street. In addition to co-hosting The Five on FNC, Eric Bolling will also lend his unparalleled expertise on oil and energy stemming from more than 20 years on the trading floor to both networks as a commodities contributor. David Asman will maintain his role as co-anchor of After the Bell (4PM/ET) with Liz Claman on FBN, as well as expand upon his platform as a multinational economic affairs expert to provide commentary on the globalization of the business world. Stossel, hosted by John Stossel, will continue Thursdays at 10PM/ET.