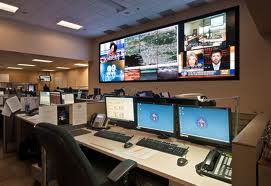 LOS ANGELES (CBS) — The LAPD is fighting crime from a high-tech war room that gives it eyes all over the city. The surveillance hub is now a model for police forces around the world and KCAL9 got an exclusive tour inside from Chief Charlie Beck.

“We are targets on our own soil,” says Beck. “We have to be ready.”

What began as a grass roots idea following the 9/11 terrorist attacks is now a state-of-the-art real-time analysis critical response center. It’s called RACR, and it’s located in the heart of downtown Los Angeles.

“This is a system that cuts through the red tape, that gets information to the people that need it,” says Chief Beck. He calls it “the brains of the department, twenty-four/seven.”

“If we didn’t have that we would be operating blind,” says Capt. Sean Malinowski, the Commanding Officer at RACR. “Essentially we’re always activated here.”

About Protonmail and IP's, and Q&A