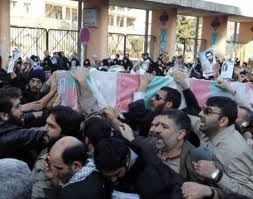 Israel’s Mossad trained and financed a terrorist group that carried out a series of Hollywood-style assassinations of Iranian nuclear scientists, unnamed US officials have revealed. Iran, however, believes the CIA was also sponsoring the killings.

­Two senior US officials confirmed to NBC that People’s Mujahideen of Iran dissident group (MEK) was to blame for the killing of Iranian scientists. “All your inclinations are correct,” said one of the officials in an interview, while speaking about MEK’s involvement in the assassinations and Israel’s support for the group.

At the same time the officials have denied US involvement with the group. After the latest attack on January 11, 2012, Iran’s Foreign Ministry claimed that it has evidence that the CIA provided “guidance, support and planning” for the operation.

The MEK is included in the official US Foreign Terrorist Organization list, which makes it prohibited for US intelligence units to co-operate with and gives them a solid pretext to disclaim any relation to it.

Since 2007 the assassination spree has left five top Iranian nuclear scientists dead and delivered a massive blow to the Iranian nuclear program. A suspicious blast at the Iranian missile R&D site that killed the director of missile development for the Revolutionary Guard also seems to be a part of the pattern, even though Iranian officials have declared it to be an accident.