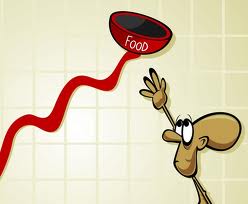 (Reuters) - Americans turned less optimistic about the economy in early February on worries about falling income even as their outlook on the jobs market rose to a record high, a survey released on Friday showed.

The Thomson Reuters/University of Michigan overall index of consumer sentiment fell to 72.5 in early February from January's 75.0, which was the highest level since February 2011.

The latest figure fell short of the median forecast of 74.5 among economists polled by Reuters.

An improving financial situation was reported by just 23 percent of all consumers surveyed in early February, down from 29 percent in January and last year's 30 percent.

One in four families reported declines in income in the early February survey.

Rabobank: What Is Coming Is A Bigger Economic...

Why Are Food Prices Going Up So Rapidly?