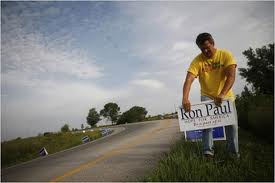 Al Cardenas, head of the American Conservative Union, has said that Republican turmoil might lead to a brokered convention in which Jeb Bush, former Florida governor, would emerge as a “possible alternative” party nominee.

Mr Cardenas, who is running this year’s Conservative Political Action Conference (CPAC), a gathering in Washington of some 10,000 conservatives, told MailOnline that it was not certain that one of the four current Republican candidates would emerge victorious.

His comments came as Republicans fretted publicly about the perceived weaknesses of Mitt Romney, the establishment choice and frontrunner, Rick Santorum, surprise winner in three states on Tuesday, Newt Gingrich and Ron Paul.

Jeb Bush, former Florida governor and younger brother of President George W. Bush, has repeatedly said he will not run in 2012. He is one of a number of senior figures who disappointed activists and party officials alike by staying on the sidelines.

“We'll know more in the next few weeks,” said Mr Cardenas. “The pressure’s already been on Mitt Romney to close the sale... and he hasn’t.” A split verdict on “Super Tuesday” on March 6th, when 10 states vote, could lead to a surprise at the Republican convention in Tampa in August, he suggested.

1 Comments in Response to Top Republican at CPAC: Jeb Bush could emerge as nominee at a brokered convention

Thanks! but No Thanks!     We`ve shook the bushes already.