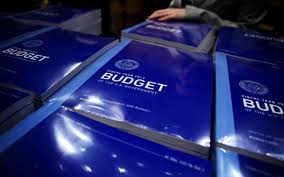 (Reuters) - President Barack Obama called on Monday for aggressive spending to boost growth and for higher taxes on the rich, laying out an election-year vision for America in a budget that was criticized sharply by Republicans for failing to curb the deficit.

Obama's 2013 budget proposal to Congress requests over $800 billion for job creation and infrastructure investment, while urging a minimum 30 percent tax on millionaires in a "rule" named after investor Warren Buffett.

In one of his best opportunities before the November 6 election to convince American voters that he deserves a second term, Democrat Obama earmarked billions of dollars for roads, railways and schools, while extending tax breaks to spur hiring.

"We built this budget around the idea that our country has always done best when everyone gets a fair shot," Obama said. "It rejects the 'you're on your own' economics that have led to a widening gap between the richest and poorest Americans."

MOST OF THE "FACT-CHECKING" ORGANIZATIONS FACEBOOK USES IN UKRAINE ARE -

After a National Divorce, Where Does the Debt Go?

Ukraine Claims it Needs $750 Billion More to 'Build Back Better'