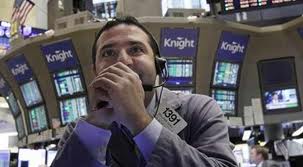 The deal helps Greece avoid a potentially chaotic default, though the government remains under pressure to convince a skeptical euro zone that it will abide by the terms of the package.

Still, though Greece's economy is small in the context of the euro zone, investors feared that an unruly default could have eroded domestic bank profits and put weaker members of the EU at risk, creating a threat to global economic growth.

Wall Street has rallied more than 20 percent since a closing low reached in early October, in part on optimism that the euro-zone's sovereign debt crisis was nearing resolution. A deal in Greece was expected, setbacks and delays notwithstanding, and the lack of a substantial pullback in that time has some analysts viewing equities as extended.