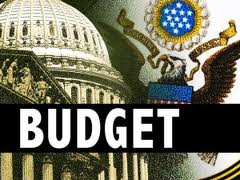 WASHINGTON (AP) -- Treasury Secretary Timothy Geithner told Congress Tuesday that the president's new $3.8 trillion spending plan would impose new taxes on only 2 percent of the nation's wealthiest families and the alternative would be to seek more painful cuts in other government programs such as defense, Social Security and Medicare.

Geithner defended the new budget plan in the face of intense attacks from GOP members of the Senate Finance Committee. Republican Sen. Orrin Hatch of Utah told Geithner that the administration's spending plan would give the country a "permanently larger, European-inspired government."

But Geithner said deeper spending cuts now would damage economic growth and push more Americans into poverty at a time when the economy is still struggling to recover from a deep recession.

Geithner told the committee that the administration hopes to send Congress next week a framework for making changes in the country's corporate tax structure.