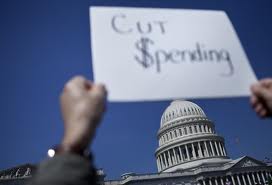 President Obama wants to give raises to people collecting federal paychecks, but in his new budget proposal, troops would get a larger pay boost than civilian employees.

The White House budget plan released Monday would increase federal civilian pay by a modest 0.5 percent, a bump that would end a two-year cost-of-living pay freeze. Uniformed military personnel would receive a 1.7 percent raise in 2013, the increase indicated by law, according to the proposal.

The budget also calls for federal workers to increase their contribution to their retirement program by 1.2 percent over three years.

“A permanent pay freeze is neither sustainable nor desirable,” Obama’s proposal said.

Pay raises for American military looks like a good idea on the surface but could have a negative effect on the American Republic and returning to the constitution. The signs are too prevalent for anyone to overlook unless they consciously submit to financially induced naive. Within America anyone paying attention knows government will lie for personal gain. Does integrity improve with foreign relations? Intelligence reports, America retaliates, good people die defending both homelands, intelligence report incorrect or unproven, new intelligence justifies the attack, corporations make record profit, another unproven intelligence report and the cycle repeats on the next civilization. America the Republic must defend democracy because someone hates our freedom. Americans are descendents from those who killed Indians and Jews and forcefully took Texas and California from Mexico. If financial stability can only be found being a mercenary for the corporations most civilizations including Americans would stoop to that. In modern war, who owns the land after our loved ones die for it? After we win all of the earth for them, who will stand with America against the foe we are nourishing. Our own well paid soldiers must then choose between financial stability, their dependents or my rights. Germany was the great experiment. America is the greater experiment. Our military should be every citizen trained and armed while working in the private sector to building national wealth. Our government is of the people and for the people. The domestic enemies, (not of the people and for the people) we mistakenly call the US government are criminals acting outside of government authority. They are acting in their own capacity breaking the Laws of our constitution continually and now they want to give their following a raise in pay to the detriment of our great Constitutional Republic. A well paid military promotes a need for war. A well paid private sector promotes manufacturing and innovation, in turn national wealth and security. An over taxed private sector to support oversized military promotes joining the military, hence war.
Make a Comment (1) • Email Link • Send Letter to Editor

The "Experts" Will Not Save Us -- What Will?

Now farmers in Canada have joined the convoy of truckers and cars.

Crying as I watch footage of the truckers freedom convoy...

The Canadian Freedom Convoy: Blacked Out, Defunded, and Still Growing

Are We at the End of the Pandemic?