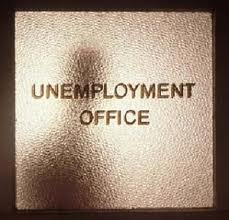 In this morning's Cashin's Comments, Art Cashin points to some disturbing research regarding the recent bump in disability benefit applications:

I’m Sick Of Being Unemployed - A couple of strange and rather disquieting reports circulated among the Friends of Fermentation yesterday.  The topic was unemployment or, more specifically, where do those people go who have stopped looking for work.  Their absence is credited with distorting the unemployment rate and making it lower than most expect or believe.

The reports I allude to, contended that many went on disability.  In fact, they projected that nearly 25% of those not actively seeking a job had applied for, and been accepted, by disability - mostly Social Security.

One of the reports came from a site called SoberLook.com (a perfectly logical place for the Friends of Fermentation to be browsing).  The Sober report quoted extensively from a report by JPMorgan.  I was unable to locate the original JPM report but we’ll assume that Sober quoted from it correctly. Anyway, here’s a bit from SoberLook:

But how does one survive after losing the unemployment benefits? Clearly people struggle. One way to pay the bills however is to file for and receive the federal disability benefits - assuming of course one has a disability. Interestingly enough, the Great Recession and the slow recovery somehow generated many more disability recipients.

JPMorgan: As of January over 8.5 million individuals were receiving federal disability payments (an additional 2 million spouses and children of disabled workers also received disability payments). Since the onset of the recession and the subsequent slow recovery, this figure has accelerated and grown faster than the overall size of the potential labor force— currently 5.3% of the population aged 25-64 is on federal disability, up from 4.5% when the recession began.

1 Comments in Response to ART CASHIN: The Unemployed Are Now Going On Disability And It's Costing The Government Billions

so then were are the jobs none except bullshit