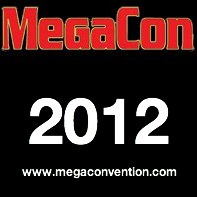 LinePlot Productions will be at MegaCon promoting their film Silver Circle.

(ORLANDO, FL) – >From Friday, February 17 to Sunday, February 19, LinePlot Productions will have a both at MegaCon 2012 promoting the imminent release their upcoming film, Silver Circle. This includes a giveaway of t-shirts, stickers, bracelets and other merchandise associated with the film.

[NOTE: Issues of the Silver Circle graphic novel, on which the film is based, will be on sale discounted 20% for the convention.]

Silver Circle is a film that lives in our world after massive economic collapse: tyranny, explosions, monetary mayhem, romance and rebels. At the center of corruption is the Federal Reserve who has gained enormous amounts of control over America’s economy, with disastrous effects beginning to show. Standing opposite, is the band of Rebels who have vowed to take back the freedom they once knew…and they won’t go down without a fight. Silver Circle plans to take liberty filmmaking to a whole other level.