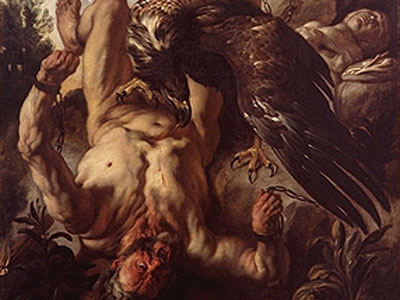 The latest buzz from Europe is that in order for Greece to get a bailout, the leader of the super-right LAOS party will need to sign a letter saying he endorses the latest reform plan.

This is kind of absurd, since that party is fringey, and unlikely to have much influence.

Regardless, despite the fact that its economy is getting blown to bits, Greece is being told endlessly that it's not doing enough on the austerity front.

In a post last night, economist Tyler Cowen asked: "Is the goal simply to irritate the Greeks so much that they leave the Eurozone on their own?"

Sometimes in life you give someone a "shot" at something that maybe they don't deserve. You hire them, despite the fact that their qualifications were marginal. Or something like that. Bottom line is, you think you're doing them a favor, and you're also putting your reputation on the line a little bit. But you expect that they'll step up and really appreciate the opportunity they have. And you expect they'll kill it.

And when they fail — which is likely, because they might not have deserved the opportunity — you're furious at them, because you gave them this great opportunity and they totally blew it, and they made you look like an idiot at the same time. And you just hate them for it.