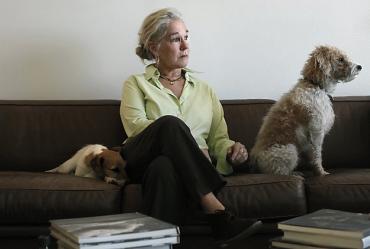 "I want to look him in the eye and say, 'Thank you so much' " for his work, said Buell, who expresses deep disappointment in the president's leadership on environmental issues, especially climate change.

With Obama's 2012 re-election campaign in full swing, "I would just love to write my big check ... or have a high-dollar dinner here" on his behalf, she said. "I can't."

Buell, a co-founder of the Esprit clothing company, has donated millions of dollars to Democratic causes and presidential candidates, including Bill Clinton, John Kerry, Al Gore and her good friend, Hillary Rodham Clinton. In the past 10 years, she has given $25 million to progressive political and charitable causes and has raised $10 million for candidates and committees, her office said.