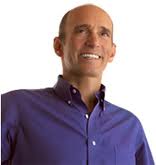 Do you have a chronic degenerative disease?  If so, have you been told, "It's all in your head?"

Well, that might not be that far from the truth… the root cause of your illness may be in your mouth.

There is a common dental procedure that nearly every dentist will tell you is completely safe, despite the fact that scientists have been warning of its dangers for more than 100 years.

Every day in the United States alone, 41,000 of these dental procedures are performed on patients who believe they are safely and permanently fixing their problem.

What is this dental procedure?

More than 25 million root canals are performed every year in this country.

Root-canaled teeth are essentially "dead" teeth that can become silent incubators for highly toxic anaerobic bacteria that can, under certain conditions, make their way into your bloodstream to cause a number of serious medical conditions—many not appearing until decades later.

Most of these toxic teeth feel and look fine for many years, which make their role in systemic disease even harder to trace back.

Sadly, the vast majority of dentists are oblivious to the serious potential health risks they are exposing their patients to, risks that persist for the rest of their patients' lives.The American Dental Association claims root canals have been proven safe, but they have NO published data or actual research to substantiate this claim.

Fortunately, I had some early mentors like Dr. Tom Stone and Dr. Douglas Cook, who educated me on this issue nearly 20 years ago. Were it not for a brilliant pioneering dentist who, more than a century ago, made the connection between root-canaled teeth and disease, this underlying cause of disease may have remained hidden to this day. The dentist's name was Weston Price—regarded by many as the greatest dentist of all time.