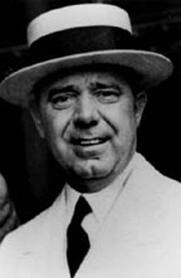 Would you vote for a guy who planned to surround himself with like-minded people who'd run the state like a machine? A man who'd pick fights with big oil, big pharma and Wall Street? A man who'd shrug off divisive issues -- like abortion, stem cells and gay marriage -- and focus on poverty, jobs, redistribution, and class?

Would you vote for a firebrand, a demagogue, a populist, a leftist tyrant? Who you vote for someone who'd bend the rules to make the country a fairer place for everyone?
And, what if he wasn't perfect? What if he'd had affairs with a number of women, or embezzled a lot of money, or been kicked out of college for cheating on exams? Would you give up on him or vote for him anyway?

Government Itself is Immoral