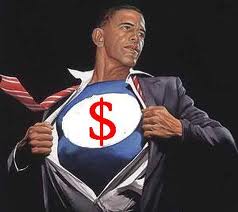 The sole major contributor to Obama’s Priorities USA PAC for the month of January is a longtime ally of the president with ties to the Illinois political machine, including convicted fraudster Tony Rezko and disgraced former Illinois governor Rod Blagojevich.

Priorities USA raised a mere $59,000 in January, according to the Federal Election Commission. Almost all of it came from Obama fundraiser John W. Rogers, who donated $50,000.

Rogers is the CEO of Ariel Investments, the largest minority-run mutual fund firm in the U.S. He raised more than $500,000 for Obama’s 2008 presidential campaign as a bundler.

Rogers and his Chicago-based firm’s ties to the president go back to Obama’s time as an Illinois State Senator.

In 2000 and 2001, Obama urged Illinois pension funds to give more business to black-owned investment firms, such as Ariel. The year after Obama’s pitch, the Illinois teacher retirement system reported an 18 percent increase in assets managed by minority-owned firms.