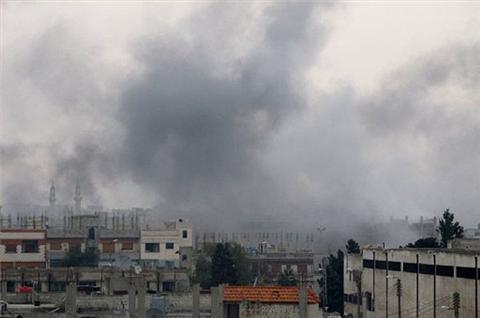 Two foreign journalists have been killed in Homs, activists say, as shelling of a district of the Syrian city continued amid warnings of an escalating humanitarian crisis.

Omar Shakir, an activist in the city, told Al Jazeera that the deaths of Marie Colvin, a US reporter working for the UK's Sunday Times newspaper, and French photographer Remi Ochlik occurred as a building used by activists as a media centre was shelled on Wednesday.

Nine people were reportedly killed in addition to the journalists. Sunday Times photographer Paul Conroy was said to be seriously injured, along with two other reporters.

"We can't even enter the area or the building where the media office is," Abu Jafar, an activist in the city, told Al Jazeera. "There's still heavy bombardment."

Government forces bombarded the Bab Amr neighbourhood for a 20th straight day, according to activists, and fears were growing of a humanitarian crisis in the area.

Your decision right now will determine if you survive...Buy a year supply of food if you can.

IT IS TIME TO PUT THE CONTEXT OF FEMA CAMPS INTO THE COUP THAT HAS TAKEN OVER...