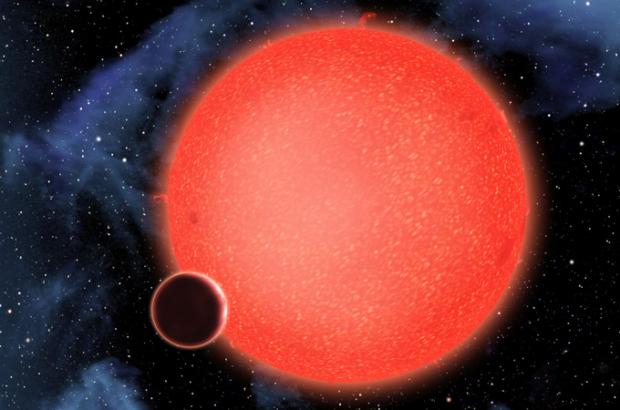 An entirely new kind of planet dominated by water and not by rock, gas or other common materials has been identified by US scientists.

The planet is "a waterworld enshrouded by a thick, steamy atmosphere", researchers at the Harvard-Smithsonian Center for Astrophysics said in a statement after scrutinising the planet with NASA's Hubble Space Telescope.

"GJ1214b is like no planet we know of," astronomer Zachary Berta said. "A huge fraction of its mass is made up of water."

GJ1214b was discovered in 2009 by the ground-based MEarth Project.

Described as a "super-Earth," it is about 2.7 times Earth's diameter and weighs almost 7 times as much.

Further studies in 2010 led to scientists suspecting that the planet, where the temperature is some 450 degrees Fahrenheit (232 Celsius), was largely covered in water.

This was confirmed by Berta and his co-authors using Hubble to study the planet when it crossed in front of its host star.

The light of the star, filtered through the planet's atmosphere, gave clues to the mix of gasses, backing up the water vapour theory.