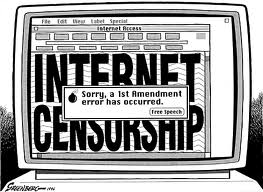 By now, people who use the Internet seriously, and even plenty who don't, are aware of the arrest of six-foot-seven, 300-pound Kim Dotcom, an outsize figure in the business of facilitating Internet downloads.

The problem with his company, Megauploads, according to the US Justice Department and the FBI that carried out the arrest, is that his brainchild allowed users to traffic in "stolen" – copyrighted – entertainment on which no royalties had been paid.

In this article, I'll comment on the arrest of Kim Dotcom and try to show how this one action is actually the beginning of an entirely new phase of what we may call the Internet Wars.

I'm not the first to notice this. As Kurt Nimmo and Alex Jones, of Infowars fame, pointed out in an article posted today entitled "The Great Internet Wars Have Begun," we wake up to an entirely new Internet era this weekend.