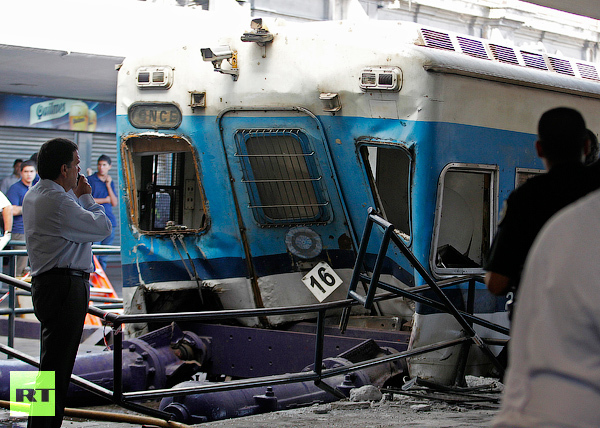 At least 49 are reported dead and over 600 injured after a train hit a busy station in Buenos Aires. Some remain trapped inside a damaged carriage.

According to reports the passenger train was going too fast. It failed to slow down approaching the station. At the time it hit the platform its speed was 25 km/h. The train hit the stopping barrier of the platform, crushing the front carriage. The engine and first car were crushed together. One of the carriages was driven nearly six meters into the next.

Passengers said windows exploded as the tops of train cars separated from their floors.

Thousands of people were traveling on the train, and the evacuation of injured passengers continues. Buenos Aires TV stations show emergency workers cutting through the roofs of carriages in order to evacuate remaining passengers.

AP reports at least 49 people have been killed, citing Federal police spokesman. Around 30 remain trapped in the train.