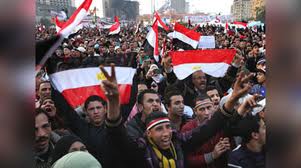 Egypt’s ex-president Hosni Mubarak is standing trial for ordering a crackdown on crowds during the 2011 revolt and faces the death penalty if found guilty. The date for the verdict is set for June but the battle for power in Egypt has already begun.

­Walid Phares, an anti-terrorism advisor to the US government, believes that Egypt’s revolt, which started as a protest by the masses, was hijacked by organized groups.

“On the first few days of the revolt last year we clearly saw that these were youth, secular, laptop people, Facebook people, women, minorities, middle class, labor and all that – not the traditional political parties including the Muslim Brotherhood or Wafd [Party], or the others,” he told RT. “But once Tahrir Square was consolidated, then the regular political forces came in, including the Muslim Brotherhood.”