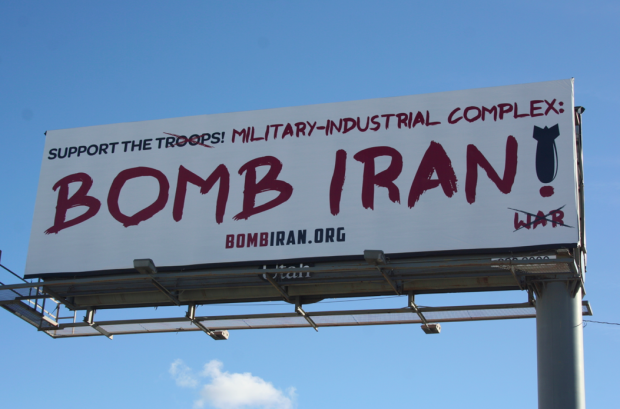 No, we don’t want to bomb Iran…

The military offensive in Iraq over the past decade was based on a lie. The same policymakers, lobbyists, and talking heads who encouraged our involvement in that affair are now drumming up support for another war, this one in Iran.

If and when that war begins, the pundits will try their hardest to equate patriotism with support of that war. “Support the troops!” they will say. But such a war would not be in support of the military, but rather the military-industrial complex.

We must deny war profiteers the opportunity to destroy a beautiful country and people to line their pockets.

The history of Iran suggests we take another course: diplomacy and peace.