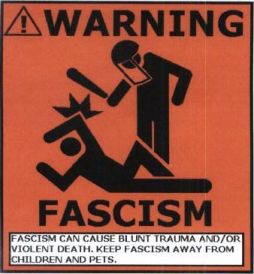 We teach limited government under a constitution that secures unalienable rights of life, liberty and pursuit of happiness. This first right means that one’s life cannot be taken by tyrannical government.

The two-minute video here is Defense Secretary Panetta claiming US law allows assassinating Americans if government merely says an American is guilty of a crime. Acts upon what the leader says at any given time rather than limited power under law is the etymology of dictatorship. “Law” based on the dictates of a leader is exactly what Nazi Germany had; their word for leader was fuhrer.

The 5th and 6th Amendments of the US Constitution promise that if the government is to seize you, let alone assassinate you, they have to follow due process to secure persons’ unalienable rights:

“No person shall be held to answer for a capital, or otherwise infamous crime, unless on a presentment or indictment of a grand jury (that means a jury of one’s peers, not the dictatorship of “the leader”)… nor shall any person… be deprived of life, liberty, or property, without due process of law;…

“In all criminal prosecutions, the accused shall enjoy the right to a speedy and public trial, by an impartial jury…, and to be informed of the nature and cause of the accusation; to be confronted with the witnesses against him; to have compulsory process for obtaining witnesses in his favor, and to have the assistance of counsel for his defense.”