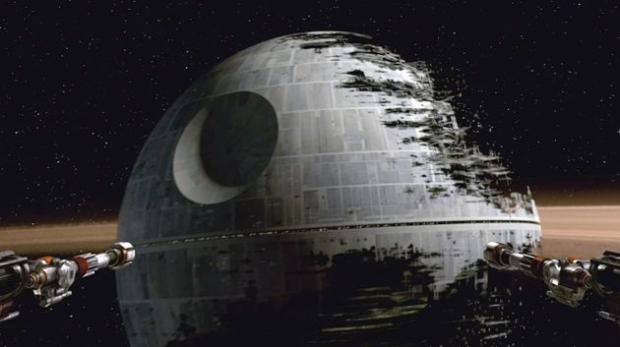 There's been a lot of loose talk about the Death Star lately. I want to put it into a bit of perspective.

As background, some students at Lehigh University have estimated that it would be a very expensive project. The steel alone, assuming the Death Star's mass/volume ratio is about the same as an aircraft carrier, comes to $852 quadrillion, or 13,000 times the world's GDP. Is this affordable?

Let's sharpen our pencils. For starters, this number is too low. Using the same aircraft carrier metric they did, I figure that the price tag on the latest and greatest Ford-class supercarrier is about 100 times the cost of the raw steel that goes into it. If the Death Star is similar, its final cost would be about 1.3 million times the world's GDP.

Judge rules Snowden to give up millions from book, speeches