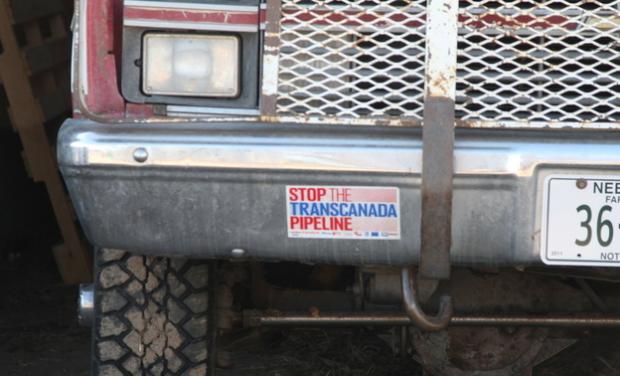 Gas prices are spiking once again; the cost of a gallon of regular unleaded is about 12 percent higher than it was a year ago. But winter typically isn't the time for a rise in gas prices. Demand for gasoline is at a 14-year low and domestic oil production is at an eight-year high.

Some analysts link the increase in gas prices to the tensions in Iran and speculators on Wall Street. Others point to policy decisions limiting drilling in environmentally sensitive areas, as well as President Obama's decision to deny a permit for a massive oil pipeline called Keystone XL.

The proposed pipeline would travel 1,800 miles from Alberta, Canada, all the way down to the Gulf Coast. The controversy over its impact — environmentally, politically and economically — makes it prime election issue.

TransCanada, the company behind the proposal, already operates a massive pipeline that has been pumping crude oil from Canadian tar sands. The pipeline ends in the small town of Cushing, Okla., where the oil is stored in massive tanks scattered across the town.