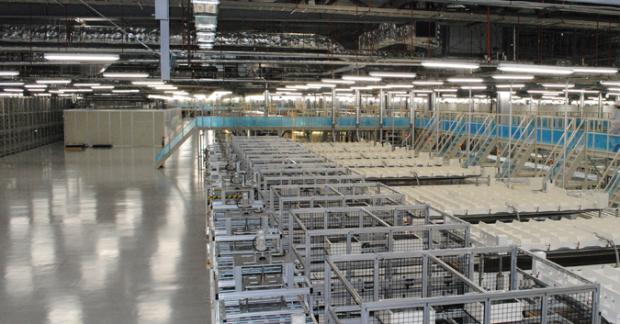 In 2007, Solar Frontier built its first factory, which had the capacity to make 20 megawatts of solar panels a year. It's since built a plant every two years, culminating in a 900-megawatt plant in Kunitomi, Japan, that started production last year. Now it's evaluating building a fourth plant in Japan after it was selected by the Japanese government to receive funding to build a factory. It also plans to build a new plant in the Middle East in connection with Saudi Aramco and Royal Dutch Shell. Saudi Aramco owns 15 percent of Showa Shell, and Shell owns 35 percent. Solar Frontier has seen significant demand for its solar panels: for example, earlier this year, the company announced that it would supply solar panels for a large (up to 150-megawatt) solar-power plant in California.

Solar Frontier makes CIGS solar panels, which are based on a thin film of semiconductor made from copper, indium, gallium, and selenium. The semiconductor material is far better at absorbing sunlight than silicon, so less of it is required, and it can be processed using fewer steps than silicon. Both attributes could reduce the cost of a solar panel. But it's proved difficult to manufacture CIGS panels at large scales and at costs low enough to compete with the incumbent technology. Dozens of companies have tried, but so far, they make only relatively small amounts of solar panels. One such company, Solyndra, famously failed to reduce the costs of the process and ran out of money.

Riot Blockchain Made $9.5 Million In Credits By Shutting Down Bitcoin Mining Amidst Texas Heat Wave