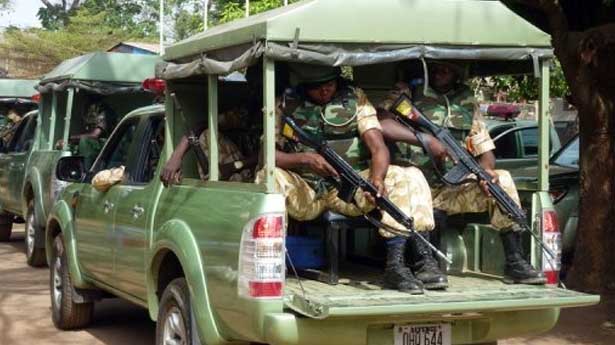 A suicide bomber smashed his explosives-laden car through the gates of a packed church during Sunday service in Jos, central Nigeria, killing three people and injuring dozens, church leaders said.

Witnesses said a black car crashed through the gate of a perimeter fence and exploded a few metres from the wall of an 800-seater church hall in the volatile city.

The attack is the latest in a country grappling with almost daily bomb and gun assaults, most of them blamed on the Islamist sect Boko Haram.

“The bomber drove at top speed, and there was a loud explosion and everything was black,” said churchgoer Ezekiel Gomos, who said he had seen a black car driving fast towards the church hall around 30 minutes into the service.

The church was about 80 percent full at the time and most of the victims were among latecomers to the service, he said.

“If he had driven into the middle of the church it could have been worse, but God was in control,” said Gomos.

John Haruna, the minister who was leading the service in the Church of Chri

The blood-soaked Taliban leaders taking control of Afghanistan whose histories...