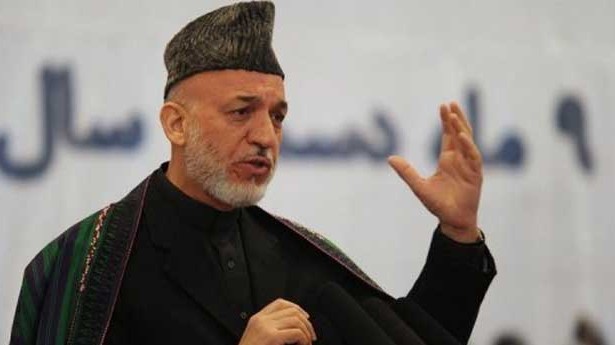 Afghan President Hamid Karzai went on television Sunday to appeal for calm after five days of violent anti-US protests across his country over the burning of Korans at a US military base.

Karzai “condemned with the strongest words” the treatment of Islam’s holy book and said the perpetrators should be punished, but told his countrymen: “Now that we have shown our feelings it is time to be calm and peaceful.”

Karzai has repeatedly urged an end to the violence, which has killed dozens of people, but it was his first direct televised appeal on the issue.

The president said he respected the feelings of Afghans upset by the Koran burning, but called on them not to “let the enemies of Afghanistan misuse their feelings”.

“The demonstrations unfortunately had casualties, some 29 persons were martyred and around 200 wounded,” he said. “We have ordered the security forces to be careful and protect people’s lives and property.”

Taliban insurgents have called on Afghans to kill foreign troops in revenge for the Koran burning, and claimed to have been behind the shooting deaths of two US advisors in the interior ministry in Kabul on Saturday.

US Army Slashes Pay for 60,000 Soldiers who Refuse COVID Jab