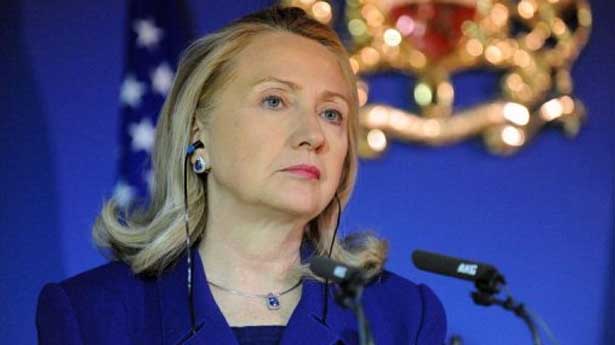 There is “every possibility” that Syria could descend into a civil war which could be worsened by foreign intervention, US Secretary of State Hillary Clinton told the BBC on Sunday.

“I think that there’s every possibility of a civil war. Outside intervention would not prevent that — it would probably expedite it,” Clinton said in an interview conducted in Rabat, Morocco.

The comments were aired two days after Arab and Western foreign ministers met in Tunis to discuss the Syrian crisis and expressed sorrow at the ongoing bloodshed.

“As you try to play out every possible scenario, there are a lot of bad ones that we are trying to assess — while keeping our eye on the need to get humanitarian aid in, to try to do everything we possibly can to support the Syrian opposition… and we’re trying to help push a democratic transition.

“It took more than a year in Yemen, but finally there was a new president inaugurated. People kept being killed all the time, so these are very painful situations, there is no getting around it.

“I feel like everyone else watching the video, and I also have the additional information that comes from all kinds of intelligence sources.

Food factories are mysteriously burning to the ground internationally, too