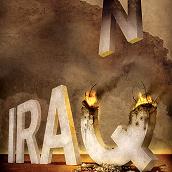 Here are excerpts from a “secret document” whose authenticity cannot be authenticated, perhaps because I wrote it myself.

As you requested, here is the scenario for how we can launch a war on Iran while publicly denying we are doing so.

This is a digest of the multi-dimensional and multi-track strategy that is in place, and is being pursued simultaneously in a coordinated manner, by The Executive Branch, Defense Department, State Department, and all intelligence agencies. (And despite reports from our spy agencies that Iran is right to insist it is not making nuclear bombs. Why let a denial get in the way of useful paranoia?)

Thanks to our media friends and assets, we have been orchestrating a campaign that, at the same time, demonizes Iran’s leaders, while reinforcing our own posture as favoring defensive diplomacy, promoting global security and peace while refusing be led by aggressive Israeli demands. Our financial sanctions are being explained as a way to press Iran to limit its nuclear ambitions, and not bankrupt the regime.