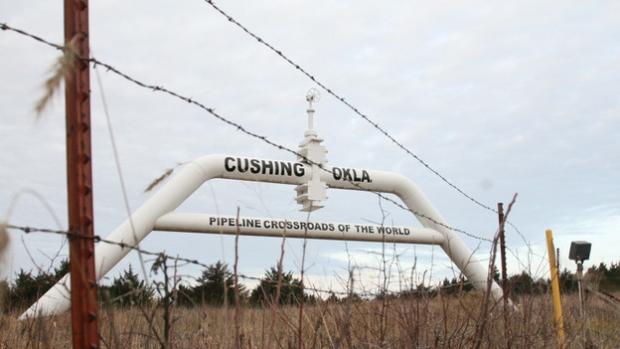 Gas isn't like a rare bottle of wine that fetches a high price just because it's rare. But at the same time, no one can agree what drives gas prices. Demand for gasoline in the U.S. is at its lowest point in more than a decade; domestic oil production is at an eight-year high.

There's no simple explanation for why most people are spending $3.60 for a gallon of regular, unleaded gas. But many critics of President Obama's energy policy point to one possible reason: The U.S. isn't fully tapping into the potential supply from Canada and, specifically, a place called the Athabasca Tar Sands in Alberta.
Some are looking to a controversial proposal as a solution: the Keystone XL pipeline.

There are consequences if the Keystone XL isn't built, but there are also issues if it never becomes a reality.

"If Canada can't produce this oil, we'll have higher oil prices than we otherwise would," says Michael Levi, senior fellow for energy at the Council on Foreign Relations.

Late last month, Obama rejected a plan by Calgary-based TransCanada to build a pipeline that would cross seven states and transport up to 700,000 barrels of Canadian oil a day to refineries on the Gulf Coast.

"The Keystone XL pipeline helps make sure that this resource can be developed if it's economically needed," Levy says. "And so that's good for the U.S. economy."