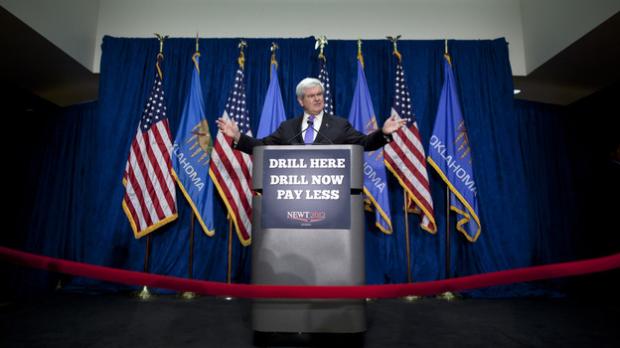 When voters in Michigan go the polls Tuesday, it's unlikely many will tick the box for former House Speaker Newt Gingrich. In part, that's because Gingrich has all but written off the state, leaving his opponents to fight over it.

In recent days, he's been focusing his attention on energy policy, promising that, if elected, he'd bring gas prices down to $2.50 a gallon. He links President Obama's energy policy, such as his recent decision to deny the permit to build the Keystone XL pipeline, to today's high gas prices.

Most energy experts say the president has almost no power over the price of gas – that it's determined by world events and global markets; yet Gingrich tells weekends on All Things Considered host Guy Raz that there are indeed ways for a president to affect gas prices.

"If the U.S. goes back to being the largest producer of oil in the world, it will almost certainly bring down the price of oil," Gingrich says.