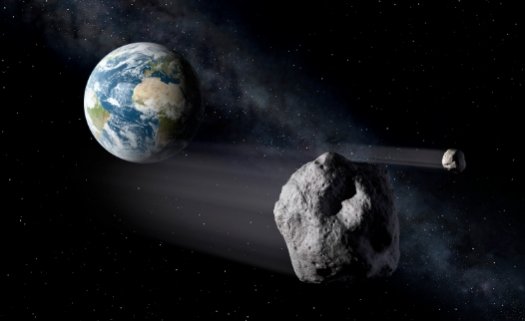 All eyes are on the asteroid Apophis, but a new threat--just 460 feet wide--dominated the conversation at a recent meeting of the UN Action Team on near-Earth objects (NEOs). Known as 2011 AG5, the asteroid could well be on a collision course with Earth in 2040, and some are already calling on scientists to figure out how to deflect it.

Discovered early last year, 2011 AG5 is still somewhat of a mystery to astronomers, as they have a pretty good idea how big it is but have only been able to observe it for roughy half an orbit. That makes it difficult to project the objects path over time--and to verify whether it may be a threat in 2040. Ideally, researchers would like to observe at least two full orbits before making projections about an NEO’s path, but that hasn’t stopped several in the astronomy from fixing odds on an impact in 2040.

Specifically, those odds are currently at 1 in 625 for an impact on Feb. 5, 2040. But like most odds, these are fluid. From 2013 to 2016, the asteroid will be observable from the ground, and that will give NEO watchers a better idea of its orbit and future trajectory. If those observations don’t vastly diminish the odds of an impact, there should still be time to do something about it before its 2023 keyhole pass.