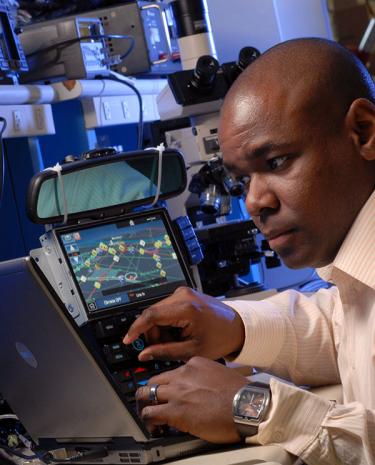 As the number of privately-owned vehicles increases worldwide, the executive chairman and scion of an automotive dynasty is warning of massive global gridlock that can only be solved through technological advances.

Bill Ford, Jr., the executive chairman of Ford Motor Company and great grandson of Henry Ford, is taking to the stage at the Mobile World Congress in Barcelona today for a keynote speech that cautions against increased car ownership without greater connectivity.

As a solution, he’s outlining the company’s “Blueprint for Mobility,” which will highlight the need for smarter transportation infrastructure including “intelligent” cars that can communicate with each other over wireless networks. Those advancements require cooperation between the automotive and communications industries, which is why he’s taking his message to the world’s largest mobile communications conference.

It’s already clear that roadways are close to their saturation point, and research is showing that the only way to ease that congestion is through vehicle-to-vehicle (V2V) communication. For instance, a German study found that five cars per thousand that communicate with one another could significantly reduce gridlock.