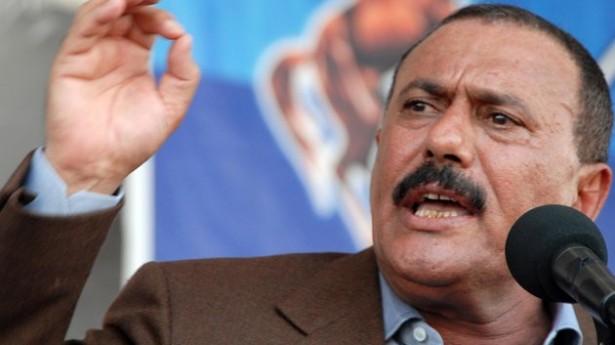 Yemen’s Ali Abdullah Saleh stepped down after 33 years at the helm on Tuesday at a ceremony at the presidential palace in Sanaa, formally handing power to his deputy, Abdrabuh Mansur Hadi.

“I hand over the banner of the revolution, of the republic, of freedom, of security and of stability… to safe hands,” said Saleh, the fourth veteran Arab leader to fall in just over a year, as he stood beside Hadi.

Yemen’s new president will serve for an interim two-year period as stipulated by a Gulf-brokered power transition plan signed by Saleh last November.

The former president said that he would “stand… by my brother the president of the republic” and called on Yemenis to “rally” behind the new leader in his fight against “terrorism, first and foremost, Al-Qaeda.”

“There is no place for terrorism,” he said.

President Hadi, meanwhile, cautioned that the past year of political turmoil that has crippled the economy and unleashed nationwide insecurity was not over yet, and appealed to Yemenis to “cooperate with the new leadership” to help the country emerge from the crisis.