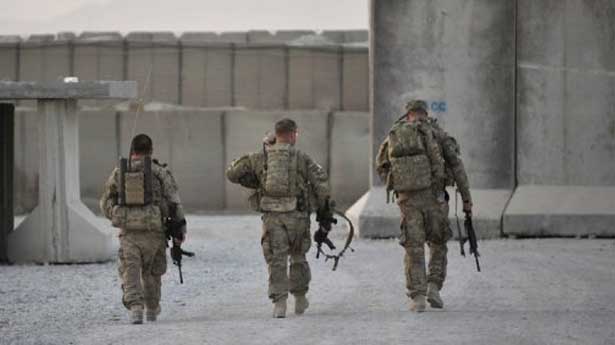 The US military has no plans to alter its troop drawdown timetable in Afghanistan despite a week of deadly unrest over the burning of the Koran at an American base, the Pentagon said Monday.

The United States will stick to its plan for a gradual troop drawdown and has an “unwavering” commitment to hand over to Afghan security forces by the end of 2014 as agreed by the NATO alliance, Little said.

Attacks on US and coalition troops and violent protests were “regrettable” but had not jeopardized “strong” ties between American and Afghan forces, he said.

“We’re not going to let the events of the past week, which are regrettable and unfortunate and tragic, influence the long-horizon view that we’re taking with respect to our partnership with Afghanistan and to our enduring work there,” Little said.

1 Comments in Response to U.S. vows no change in Afghan war strategy

Let's go ahead and stay until the end of 2014. Let's let many more US soilders die needless deaths and that greater number of innocent civilians also. Let's let America continue to fall on her face in front of the world stage. Let's go ahead and put trillions of taxpayer monies into the hands of that 0.01% that want to gain control over the entire planet. Let's all just push for more conflict, terror, pain, blood and death. We've come this far, so let's go ahead and finish it until there is nothing left but destruction and no one left to pick up the pieces. Let's not give those in charge of this wicked game the laughs they get from reading our disgust with their war mongering. Let's just go ahead and do as they do. That is to eat, drink and be merry, for tomorrow we all die.