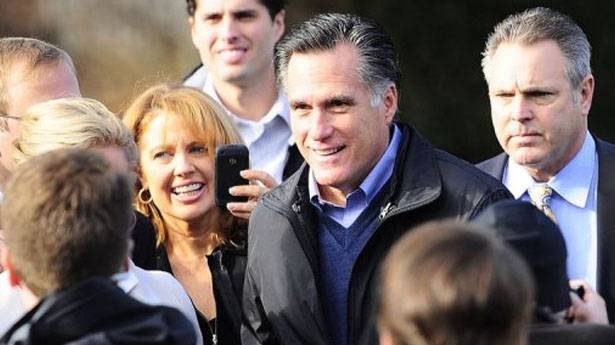 A rich guy with a tin ear and a culture war extremist: Mitt Romney and Rick Santorum have reinforced these unflattering narratives as the battle for the Republican nomination heats up in Michigan.

Romney’s problems connecting to working class voters hit the national media again after he told a reporter at the Daytona 500 Sunday that while he doesn’t follow car racing closely, “I have some great friends who are NASCAR team owners.”

It came a day after Romney told a crowd in hard-hit Detroit that his wife drives “a couple Cadillacs” — costly luxury cars that are out of reach for most Americans.

Santorum, meanwhile, took heat for calling President Barack Obama a “snob” because he wants everyone to go to college and for saying that watching beloved former president John F. Kennedy talk about the separation of church and state makes him want to “throw up.”

The increasingly negative and gaffe-ridden race to become the Republican standard-bearer is providing ample fodder for Obama as he prepares for the November 6 election amid an improving economy and rising job approval ratings.