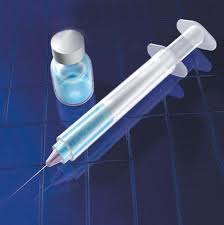 Vaccine rights attorney Patricia Finn is being targeted by the Ninth Judicial District of New York State, which has threatened to strip her of her license to practice law and even file criminal charges against her. Finn is one of several "vaccine rights" attorneys across America who helps parents assert their rights to protect their children from potentially deadly vaccines. She's considered a hero by many, but a villain by the status quo for daring to stand up against the vaccine-pimping medical police state that exists in America today.

It's never too late to flog a deceased equine.

That being said, the recipriocal demonizations occuring in this situation distract from core rights issues.

Of course, Hamiltion said this at a time when he needed votes for ratification.  Once ratification was obtained, of Hamilton, it is said, every time he was offered a chance to vote on a measure that increased the power of the federal government, he voted FOR it.

Doubtless, Hamilton reveled in the supremacy clause.  Also doubtless, he probably did NOT revel in the 10th amendment.

The 10th amendment affirms the people's concurrence with Hamilton's (empty) promise made by him in FP 78.

Those who argue in favor of States' rights overlook the last phrase in the 10th amendment, namely

Vaccination choices should be reserved to the people.

It being that such choices would not likely lead to riot or invasion, the federal government would have been hands off in 1789, and even moreso in 1791.

But according to the article above, this controversy originates in a state court.

(Maybe the anti-statists are right!)

I think I'll give the decease equine a rest at this point.

Is the Untested and Dangerous Monkeypox Vaccine About to get an EUA to Avoid Legal...

SPERRY: FBI Agents Involved in Trump Raid are Under Criminal Investigation by Durham...

The FBI, the FED, and 87,000 Armed & Dangerous Extortionists