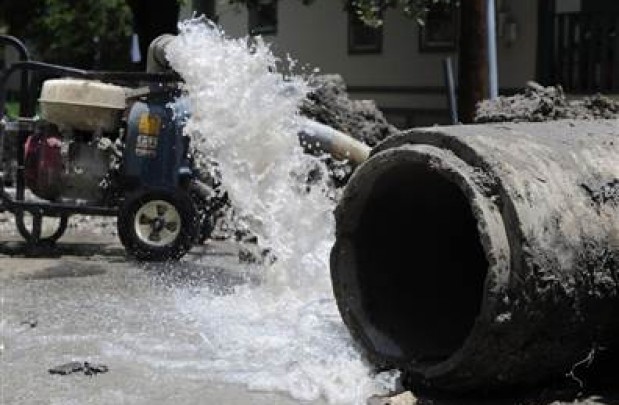 First high gas prices, now water. A shocking new report about the nation's crumbling drinking water system says that Americans should expect their bills to double or triple to cover repairs just to keep their faucets pouring. That means adding up to $900 a year more for water, nearly equal the amount of the newly extended payroll tax cut.

Fixing and expanding underground drinking water systems will cost over $1 trillion in the next 25 years and users will get socked with the bill, according to the American Water Works Association.

As with most infrastructure investments, spending heavily now means less costs down the road. But with little appetite in the country for even trickling taxes now, a delayed and more expensive fix is almost guaranteed. The association figures that spending to fix leaky water systems will double from roughly $13 billion a year today to $30 billion annually by 2040.
"Because pipe assets last a long time, water systems that were built in the later part of the 19th century and throughout much of the 20th century have, for the most part, never experienced the need for pipe replacement on a large scale," said the report provided to Washington Secrets.

"Currently, Americans pay about $400 a month in water taxes and fees." - Where is that happening? My bill comes every two months and runs around $75.00 with 90% of that going for trash pickup, street cleaning and sewage.