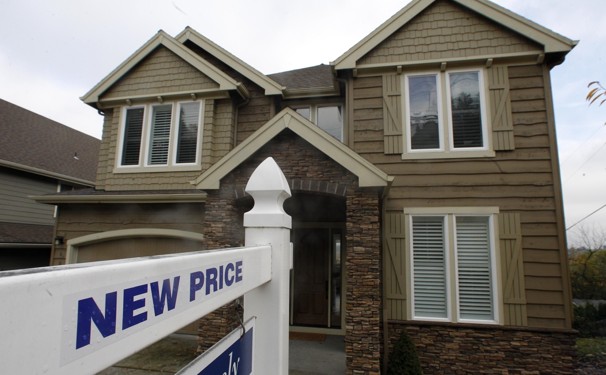 WASHINGTON — Home prices fell in December for a fourth straight month in most major U.S. cities, as modest sales gains in the depressed housing market have yet to lift prices.

The Standard & Poor’s/Case-Shiller home-price index shows prices dropped in December from November in 18 of the 20 cities tracked. The steepest declines were in Atlanta, Chicago and Detroit. Miami and Phoenix were the only cities to show an increase.

The declines partly reflect the typical slowdown that comes in the fall and winter.

Still, prices fell in 19 of the 20 cities in December compared to the same month in 2010. Only Detroit posted a year-over-year increase. Prices in Atlanta, Las Vegas, Seattle and Tampa dropped to their lowest points since the housing crisis began.

Nationwide, prices have fallen 34 percent since the housing bust, and are now back to 2002 levels. A gauge of quarterly national prices, which covers 70 percent of U.S. homes, fell to its lowest point on records dating back to 1987 after being adjusted for inflation.
inflation.

“The pick-up in the economy has simply not been strong enough to keep home prices stabilized,” said David M. Blitzer, chairman of S&P’s index committee. “If anything, it looks like we might have re-entered a period of decline as we begin 2012.”