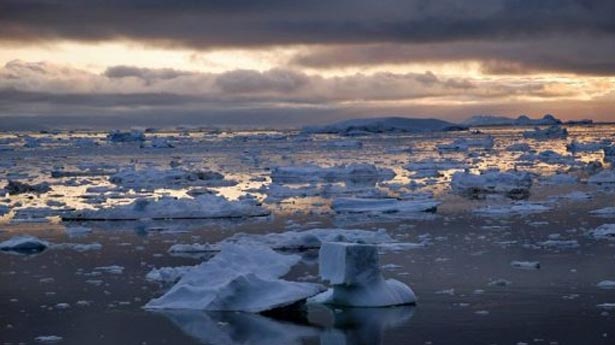 Nearly two-thirds of Americans believe that climate change is real — the highest level in two years — as the public trusted its own observations of rising temperatures, a poll said Tuesday.

The growing acceptance of global warming comes despite fierce political division over the issue in the world’s largest economy, with proposals to mandate cuts on carbon emissions failing in Congress.

Sixty-two percent of Americans agree that there is solid evidence that the Earth’s average temperature has been getting warmer over the past four decades, according to the survey by the University of Michigan’s Gerald Ford School of Public Policy and the Muhlenberg College Institute of Public Opinion.

In the survey, almost half of Americans who accepted global warming said that they were primarily convinced by personal observations of warmer temperature or weather changes.

Nine of the 10 warmest years in history have taken place since 2000, according to US space agency NASA.

"In the survey, almost half of Americans who accepted global warming said that they were primarily convinced by personal observations of warmer temperature or weather changes." - 'Personal Observations' - Will any of those people questioned look up at the sky over their own heads and get an understanding that every government on the face of the planet is Chemtrailing the atmosphere and causing untold damage to natural weather patterns! No, not one of them will look into this and discover that they are not the ones at fault for this non existence global warming scam, but that cabal in world governments that want to tax the people into their graves and control all aspects of the lives of their children and grandchildren only allowing themselves to live the good lives while they keep a small number of your children and grandchildren alive to service their every whim. This article is just their, those PTB, attempt to keep the masses believing the lies told to them on a daily basis.

To say ANYTHING regarding a matter of scientific interest - about global climate change, for example - and use the word "believe" is to demonstrate absolute incompetence in scientific method.  Hell, it proves that the idiot concerned doesn't really know anything about factual reality.

In science, nobody cares about what anyone might "believe." The test is always by way of objectively verifiable EVIDENCE provided openly, dispassionately, and without either "cooking the books" or concealing contrary information.

This kind of evidence is precisely what the Climategate correspondents - the climate "establishment" exposed by the FOIA2009.zip and FOIA2011.zip releases - have failed to deliver.

The question obviously avoided in this bogus "poll" is whether or not the respondents have any opinion about whether global warming has anything whatsoever to do with the alleged effect of anthropogenic ("man-made") atmospheric carbon dioxide.

The Earth's climate has been more or less steadily warming since about the year 1700, when the Little Ice Age began to wane. That period of death-dealing cold is considered to have finally ended in about 1850, and the warming trend that began in the early 18th Century has continued at very much the same rate ever since.

Human petrochemical fuels combustion hasn't had a goddam thing to do with it.

Go back and ask these "poll" participants whether they think that recent global warming is caused by purposeful human action rather than - say, something like that big ball of fusing hydrogen 93,000,000 miles away and completely beyond our control - and let's see what they opine.

MASSIVE: Elon is trying to warn us...

Massive Coral Growth at the Great Barrier Reef Continues to Defy all the Fashionable...

Zero Warming in US for 17 Years, According to NOAA Data that Removes Heat Distortions

'Greenhouse Gas Effect Does Not Exist,'--

The Fine Print in US Congress Climate Deal