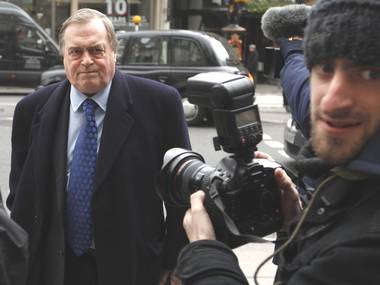 Senior executives at The Sun spun a web of corruption across British public life, channelling hundreds of thousands of pounds into a network of crooked police and officials, according to the lead officer in Scotland Yard's investigations into the press.

In sensational evidence at the Leveson Inquiry into media standards, the Metropolitan Police's Deputy Assistant Commissioner, Sue Akers, revealed that a "culture of illegal payments" had taken grip of Britain's best-selling newspaper.

The day after Rupert Murdoch launched a new Sunday edition of The Sun – replacing the scandal-hit News of the World – Ms Akers said bribery had been "openly" discussed at the newspaper and that its journalists were well aware they were breaking the law. "Multiple payments" were made to public officials in the government, police, military, prisons and health service, Ms Akers said.

1 Comments in Response to The Sun on Monday: Shocking scale of paper's corruption exposed at Leveson

Government for sale.  What a surprise.

The FBI and Deep State are at war with America