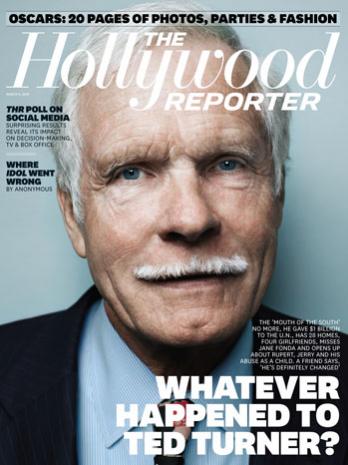 The "Mouth of the South" is no longer as he devotes his time (and $1 billion) to the U.N., jets between 28 homes and four girlfriends, misses Jane Fonda and opens up to THR about Rupert, Jerry and his abuse as a child. Says a friend: "He's definitely changed."

"Isn’t that the thinnest billionaire’s wallet you ever saw?" Ted Turner gloats on a drizzling day in New York. "I’m really proud of it.”

He holds out the wallet, a slender, black, rather unpretentious affair, as this reporter cranes for a closer look, neglecting to mention I’ve never seen a billionaire’s wallet before. It contains Turner’s driver’s license, two credit cards, lists of his appointments for the next couple of days (he doesn’t use e-mail), a few phone numbers and about $1,000 in cash — though what on earth for, he doesn’t say, since he never shops.