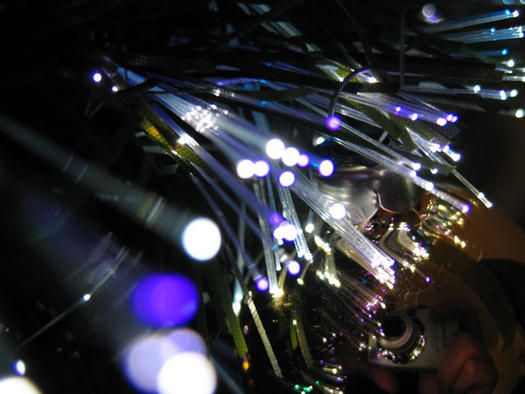 On Saturday, a ship waiting to enter the Kenyan port city of Mombasa wandered into a restricted area and dropped its anchor, inadvertently severing a major undersea Internet and phone link to East Africa. This kind of thing happens from time to time, but Saturday’s incident represents a particular stroke of bad timing. The cable severed was already overworked, rerouting data from three other cables that were accidentally severed a week prior in the Red Sea. All said, these fiber-optic channels are the backbone of East Africa’s telecommunications infrastructure. Now one single undersea fiber-optic link is left to carry the entire load for all of East Africa, slowing internet connections in Rwanda, Kenya, Burundi, Ethiopia, Tanzania, and South Sudan by 20 percent until repairs are made, a process that could take weeks.

Before plugging into the high-capacity subsea fiber optic network three years ago, most Internet traffic in East Africa moved through expensive satellite connections or painfully slow telephone lines. Since then economies in the region have come to rely on their increased connectivity, so this weekend's incident comes dangerously close to spelling a small economic disaster. It also raises a larger question: Why, when global economies and day-to-day life are so reliant on access to the Internet, are we still relying on these seemingly vulnerable undersea cables, these accident-prone physical “tubes” connecting continents across the oceans? Why, in a world that’s increasingly wireless, are we still so wired? Isn’t there a better way to connect the globe?