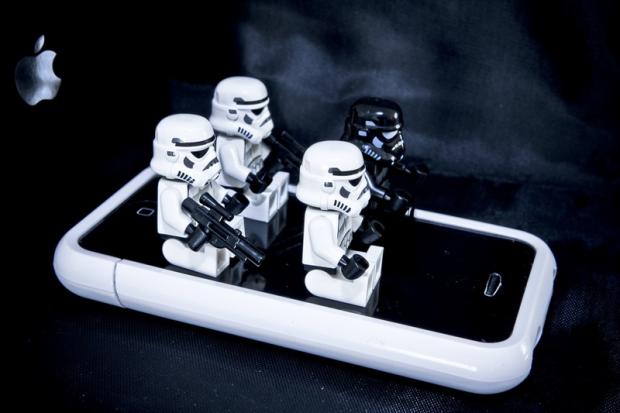 There’s a growing threat to the U.S. military, according to the Pentagon’s premier research wing. No, it’s not Iran’s nukes or China’s missiles. It’s the iPads, Android phones and other gadgets we all carry around with us every day.

“Commercial consumer electronics has created vulnerabilities by enabling sensors, computing, imaging, and communications capabilities that as recently as 15 years ago, were the exclusive domain of military systems,” Darpa deputy director Kaigham “Ken” Gabriel tells the House Armed Services Committee’s panel on emerging threats. “These capabilities now are in the hands of hundreds of millions of people around the world and in use every day.”

“This is not an abstract vulnerability. We have not enjoyed spectrum dominance since about 1997,” he adds.

The warning is a bit ironic, coming from the head of an agency that was founded in response to a surprise Soviet space launch, and is today best known for its shape-shifting robots, its mind-controlled prosthetics, and its missiles that fly at 20 times the speed of sound.

But Gabriel, in his written testimony (.pdf), says the consumer tech threat is very real — especially to the Pentagon’s once unparalleled ability to wage electronic warfare. Today’s communications devices hopscotch between frequencies in a way that makes them tough to spoof or jam. Tomorrow’s electronics — which will likely rely on lasers to pass along data and phone conversations — will be even tougher to stop.

“In both waveform complexity and carrier frequency, adversaries have moved to operating regimes currently beyond the capabilities of our systems,” Gabriel says.

Live - Mysteries of the IMEI with Mobile Carriers + Q&A

Spotify hits the brakes on Car Thing, halts production of its only hardware

MicroG on De-Googled Phones - How it Makes the Phone Functional. Is it Safe?