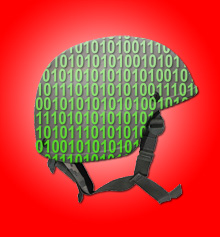 The U.S. Department of Defense may have funded the research that led to the Internet, but freewheeling innovation created the patchwork of privately owned technology that makes up the Internet today. Now the U.S. government is trying to wrest back some control, as it adjusts to an era when cyberattacks on U.S. corporations and government agencies are common.

At the RSA computer security conference yesterday, representatives of the White House, U.S. Department of Defense, and National Security Agency said that safeguarding U.S. interests required them to take a more active role in governing what has been a purely commercial, civilian resource. But some experts are concerned that the growing influence of defense and military organizations on the operation and future development of the Internet will compromise the freedom that has made it a success.

The DoD is being compelled to remove half a trillion from its budget in the next decade, but spending on cyber defense will increase, said deputy secretary of defense Ashton Carter in a keynote at the conference. "Ships, planes, ground forces, lots of other things are on the cutting room floor, not cyber," he said. "The investments are at the level of several billion, [and] we are continuing to increase our investments."

Comments made by colleagues of Carter later in the day made it clear that this cash will not just be used to strengthen government systems. The NSA and DoD intend to shape the way private companies build and use Internet infrastructure, and have corporations help them respond more actively to detect and clean up after an attack does take place.

Thunderbird is Going to be Better!