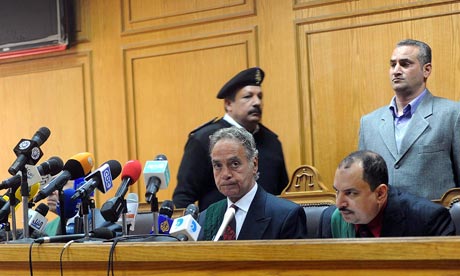 Officials in Cairo say a travel ban on seven Americans employed by pro-democracy US groups has been lifted.

The decision appears to signal the end of the worst crisis in relations between Egypt and the US for 30 years.

The seven are among 16 Americans who are on trial along with 27 others accused of using illegally obtained funds to foment unrest in Egypt and incite protests against the nation's military rulers.

The trial opened on Sunday – when none of the Americans was in court – and was adjourned until 26 April. Only the seven affected by the travel ban are still in Egypt.

The officials spoke on condition of anonymity because of the sensitivity of the case.

US officials, furious over the case, have threatened to cut off aid.

Democrats FLOOD Fundraising For Pro-Trump GOP Candidates, It Is A TRAP And May Backfire

The whispers of Hillary Clinton 2024 have started

JP Reacts to AOC Pretending to be Handcuffed!

AOC And The Squad ARRESTED, Weirdly Pretend To Be Handcuffed